Egyptian star Mohamed Salah scored one of the goals as Liverpool beat Crystal Palace at the Singapore National Stadium in Singapore in a pre-season friendly clash with the two teams stepping up their preparations for the new season away from the European continent. Mo Salah started the game on the bench and he watched as Liverpool took the lead on 13 minutes thanks to skipper Jordan Henderson. He then came on at the start of the second half for Luis Diaz before making his mark within a minute. Mo Salah scored almost immediately off the assist from England international Trent Alexander-Arnold to wrap up the game for his team. 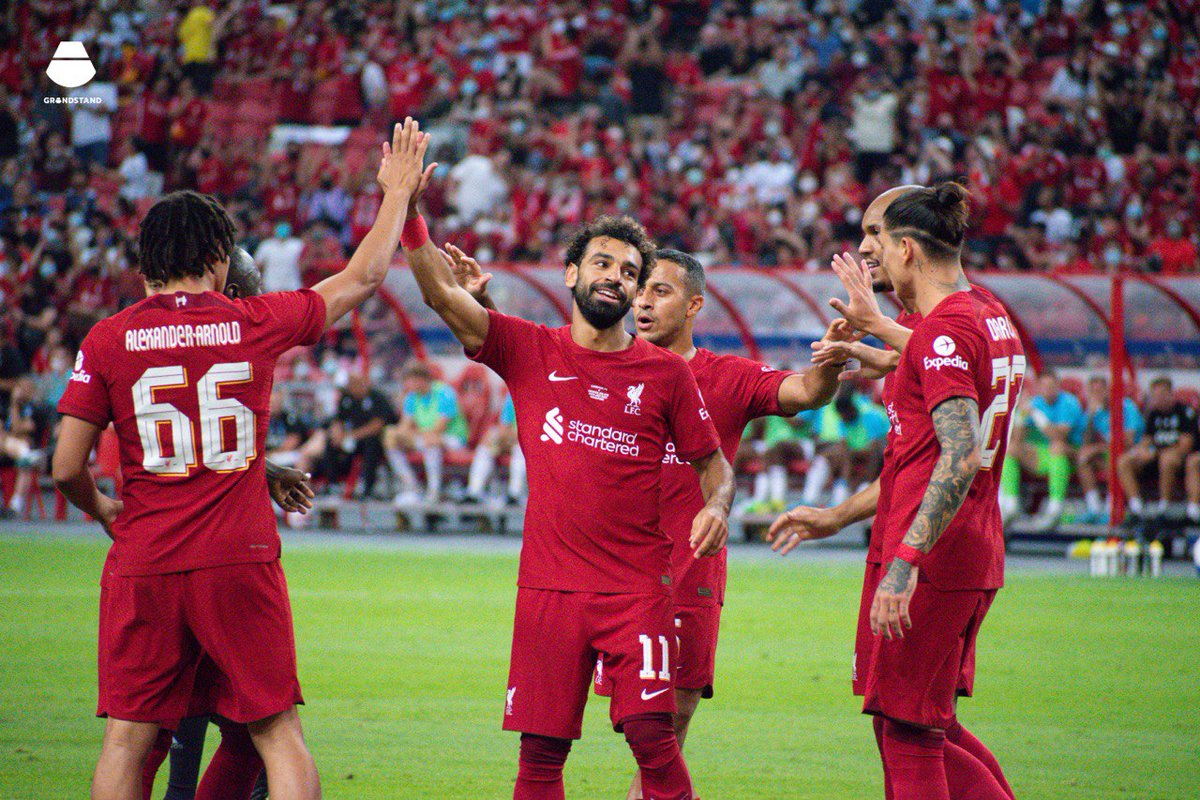 The Palace game was the second pre-season friendly game for Mo Salah and Liverpool. In the first pre-season friendly game in Bangkok, Thailand, Liverpool were on the receiving end of a 4-0 thrashing from Premier League rivals Manchester United. Salah came on during the second half of the game, but he could not prevent the big defeat against the Red Devils. Jadon Sancho, Fred, Anthony Martial and substitute FacundoPellestri were all on target for Manchester United at the expense of Salah and Liverpool.

Mo Salah is the talisman for Liverpool and a lot would rest on his shoulders in the new season having penned a new deal this summer. He has signed a three-year deal with the Reds to make him the highest paid player in the history of the club. The Egyptian national team skipper will earn around £350,000 plus bonuses on a weekly basis. Salah had a year left on his previous contract before he agreed a two-year extension to take his time at the club to 2025.

For Salah and Merseyside giants Liverpool, a pre-season friendly game with German team RB Leipzig on Thursday is next on their schedule.