Liverpool are reportedly interested in Olympique Lyon ace Nabil Fekir according to reports from England. The Reds alongside Manchester City are locked in an exciting title race with the Anfield outfit leading the league with two points after their defeat of Tottenham. 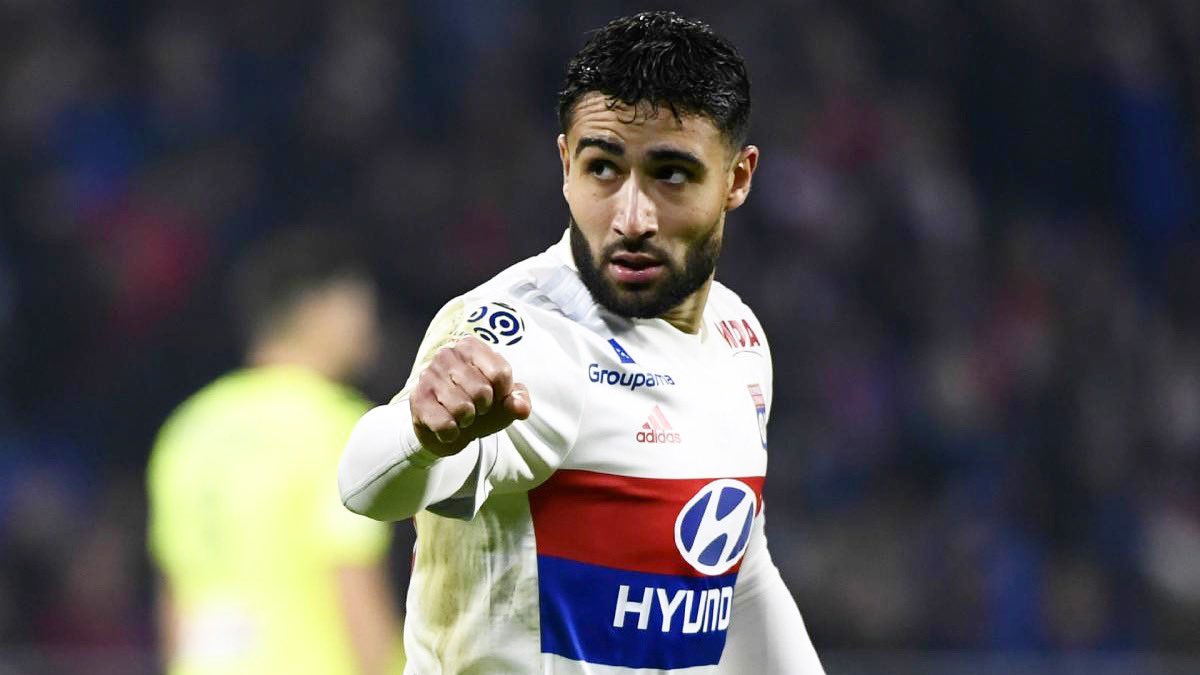 Liverpool are understood to be worried about the lack of creative playmakers in their squad as they have had to rely solely on the front three of Mohammed Salah, Sadio Mane and Roberto Firmino for goals this season.

The full backs of Andy Robertson and Trent Alexander-Arnold have provided creativity from deep but Klopp wants a genuine creative midfielder. Xherdan Xhaqiri and Naby Keita have fallen out of favour in the past two months as Klopp does not believe that they can strengthen the team.

Fekir is a proven player in the French League-leading Lyon to the Champions League places last season scoring 18 goals in the league last season.  the 25-year-old was close to signing for the club last season with a deal agreed only for the transfer to be withdrawn at the last minute due to a failed medical.

However, Liverpool are prepared to splash the cash on the player as they look to strengthen the squad next season. it is believed that the struggles of the team in recent matches against teams that defend deep has forced this rethink in transfer strategy.

Klopp expects next season to be more difficult than this season as clubs learn to play better against his charges. Since the sale of Coutinho the midfield has been crying out for a genuine star playmaker and Fekir can add stardust quality to the team.

Fekir was part of the French World Cup winning team and featured in all the matches albeit from the bench. It remains to be seen if a deal would be agreed by both parties for the creative playmaker.