Radamel Falcao has revealed that he has no regrets about failing in the Premier League with Manchester United and Chelsea. 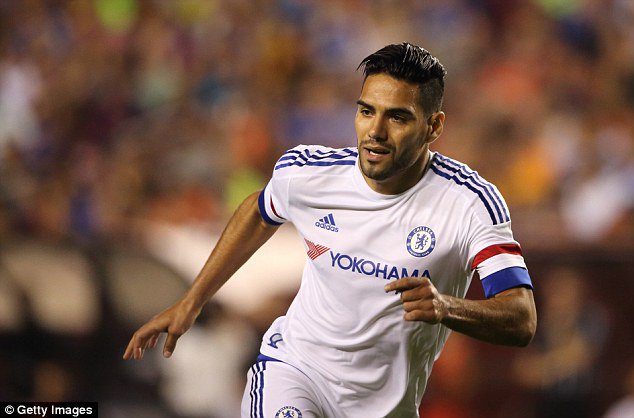 Falcao spent the 2015/2016 season on loan at Chelsea after a failed loan spell at Manchester United the year before.

Falcao is now back at French club Monaco and has finally found his rhythm, forming a deadly attacking partnership with Kylian Mbappe and doing well to cement a starting berth in Leonardo Jardim’s side.

But for all his troubles in England, the Colombia international believes he learned a lot from his time at Chelsea and Manchester United.

“The past is the past,” Falcao said. “I had the opportunity to play in the Premier League, and I did.

“I keep positive about this experience. I developed as a player but also as a man.

“Now I’m back to Monaco. I try to enjoy it as much as possible, to string games together to get back to my best”.

Falcao was brought to England by former Manchester United boss Louis van Gaal in 2014 for a £6million loan fee on wages of around £265,000 a week but the 30-year-old failed to impress in Manchester, scoring just four goals for United and was discarded at the end of that season.

Jose Mourinho then took a chance on Falcao, both of whom share the same agent, Jorge Mendes and brought him to Stamford Bridge on another loan deal but it was the same story for the former Atletico Madrid star, as he scored just one goal for the Blues before being sent packing the next summer.

Falcao made his senior debut for Colombia in 2007 and has since earned over 60 caps and scored 27 goals, making him their all-time top scorer. He represented the country at the 2011 and 2015 Copa América, but missed the 2014 FIFA World Cup through injury.